Leclerc gets his Spa break

The results are in for the Fantasy GP of Belgium, find out how you got on!

After so many near-victories in 2019 it was finally time for Charles Leclerc to take the chequered flag in Spa for the Belgium Grand Prix. The red cars were super fast, but strategy and good race pace saw Lewis Hamilton extend his championship lead with an impressive P2.

Albon scooped P5 on his Red Bull debut with Perez an impressive P6 for Racing Point. Last lap heartbreak for Norris who was on for a 5th place finish retired and ended up 11th and out of the points. Haas had another dire weekend while Toro Rosso continued their good form with 7th and 9th. Hulkenberg salvaged and others poor weekend for Renault. Alfa Romeo looked good at the start but ended the race with both drivers out of the points in 16th and 18th – Giovinazzi binning his car on the final lap.

We were robbed of Verstappen’s involved in the race with a first corner collision between him and Kimi Raikkonen, seeing him retire and Kimi struggle for the remaining 44 laps with a broken car.

In Fantasy GP there were some massive bonus points, just 1 safety car and Vettel bagged the fastest lap. We had 17 official finishers, making ’16 or more’ the correct bonus prediction. Full points run down from our LIVE feed below.

The Italian GP is next week, the game will open by 9am Monday BST for team changes and predictions for the fastest race of the season at Monza. 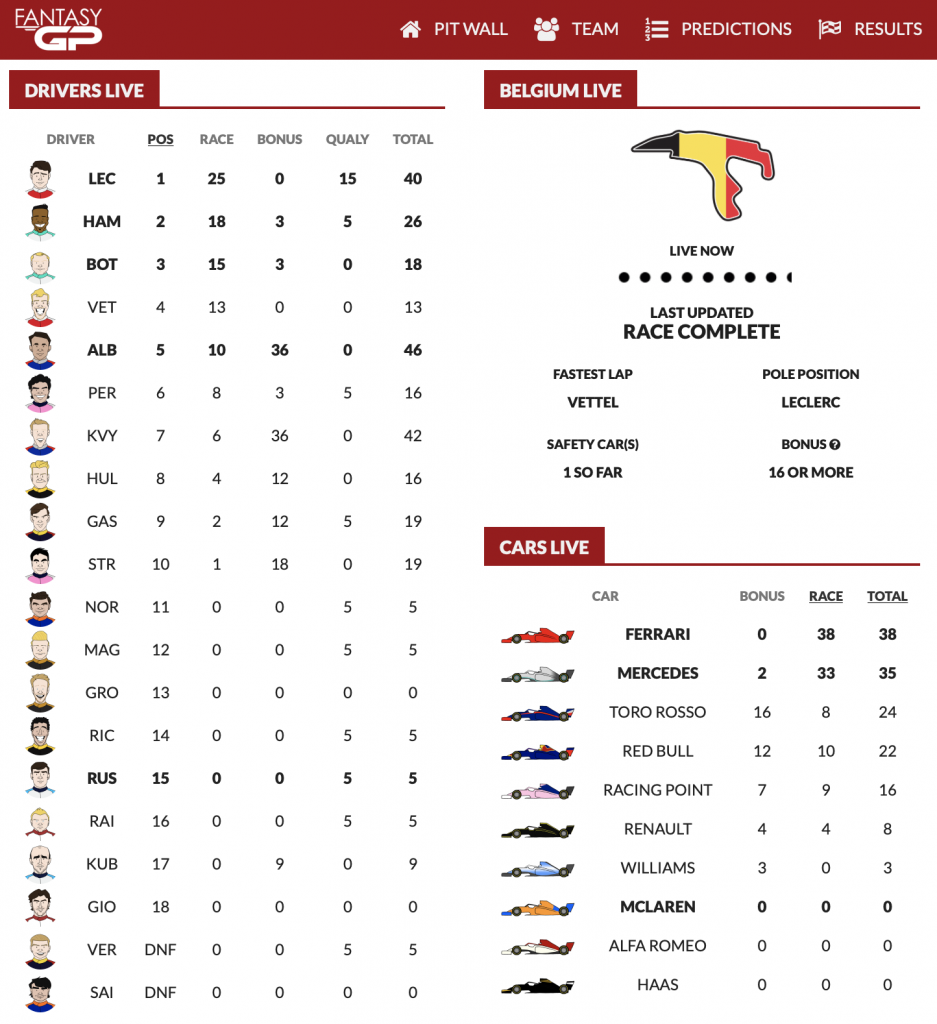