The Fantasy GP drivers half term report - see who's hot and who's not after the first 12 races of 2019.

After a rather worrying start to the season seeing fans and journalists claiming Formula 1 was broken, the races leading up to the summer break are making 2019 look like a vintage year. But what will the second half of 2019 look like, more great races please!

Now, what about Fantasy GP? With 9 races to go, it’s time for the half-term report. It’s very easy to say that Hamilton’s the best and yes he does have more points than any other driver, both in real life and in Fantasy GP. But look beyond the nearly-definite 2019 Champion and it gets more interesting. 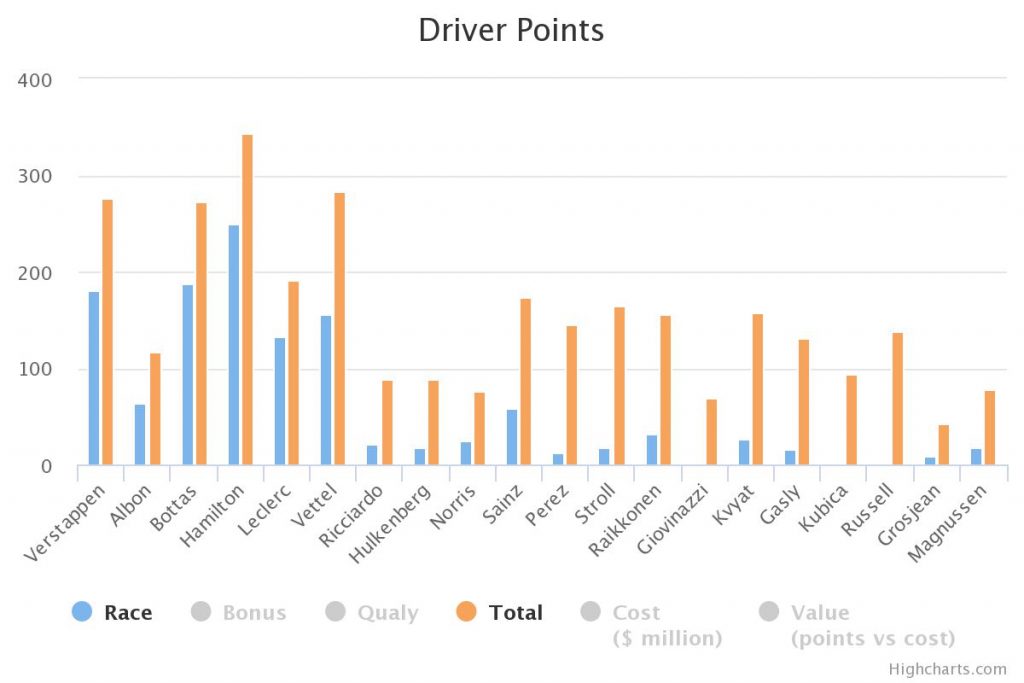 The blue bars show the actual race points, i.e. the points gained in races – the same as real life. The orange bars show the total Fantasy GP points, which includes the race points along with bonus points (for improving from start to finish in a race) and qualy points (beating team mate).

Again, Hamilton is out in front, followed by the expected trio of Vettel, Verstappen and Bottas – but beyond that there are some interesting areas. Kvyat, Sainz, Stroll, Raikkonen and Russell are all looking pretty good. Unfortunately (for them) this chart also shows how having Magnussen, Ricciardo, Hulkenberg or Norris in your team was such a great idea. And as for Grosjean – well that’s just embarrassing.

To build on this, let’s look at the total points and the current driver pricing – the chart below shows the current ‘value’ – i.e. points per million for each driver. 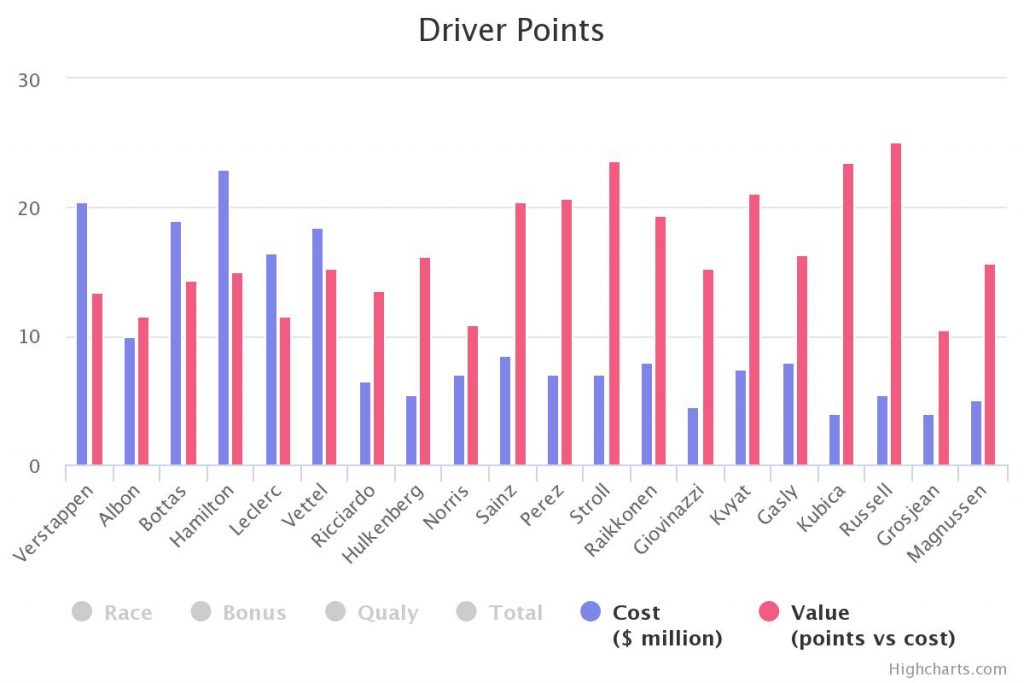 The pink bars show the all important bang-for-buck and George Russell is leading the way. He may be in the worst performing car, but he’s only a bit more money that Grosjean, yet has more than double the value. 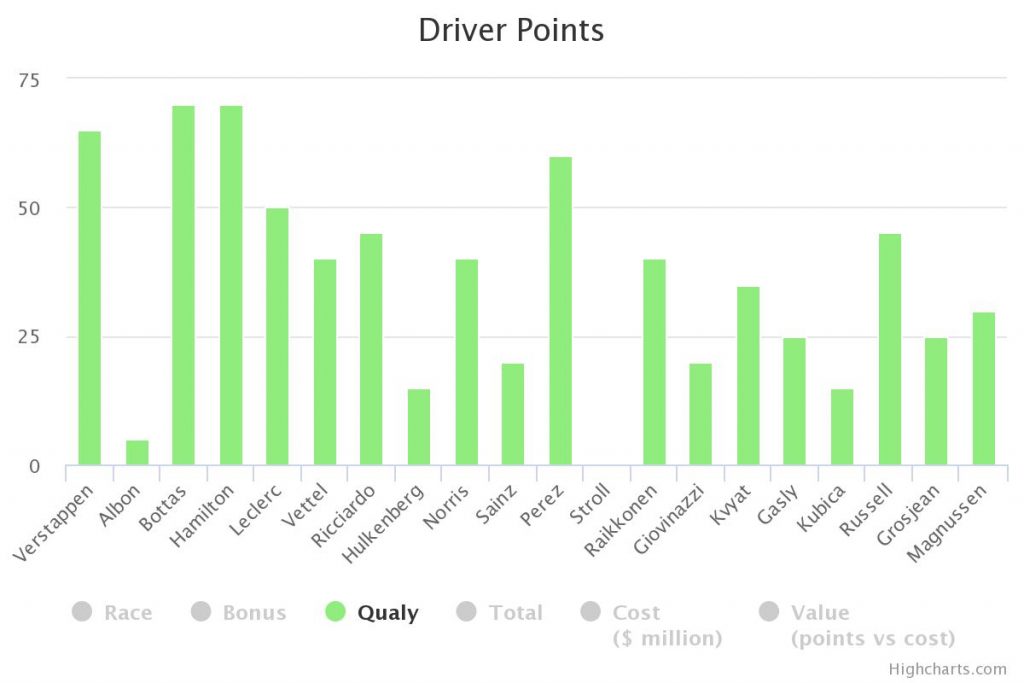 Bottas and Hamilton have had more than their fair share of Pole Positions and lead the way with qualifying points, but Verstappen is very close behind and makes his teammate (was Gasly, now Albon) look a bit silly. Talking of looking silly – or slow, even – check out Lance Stroll – zero points, yep – zero! Out of the Williams drivers, Russell is wiping the floor with Kubica.

Do these stats help make sense of the game and help your strategy? Remember, PRO and PRO Elite players have access to full interactive versions of these charts and can look at race by race data too and more – well worth it, see the Stats Dashboard for more.

Thanks to all the players taking part and making this a great year in Fantasy GP and also thank you to our recent sponsors, AA Financial Services for their support – if you fancy a loan for your next car, see the details below and take a look. 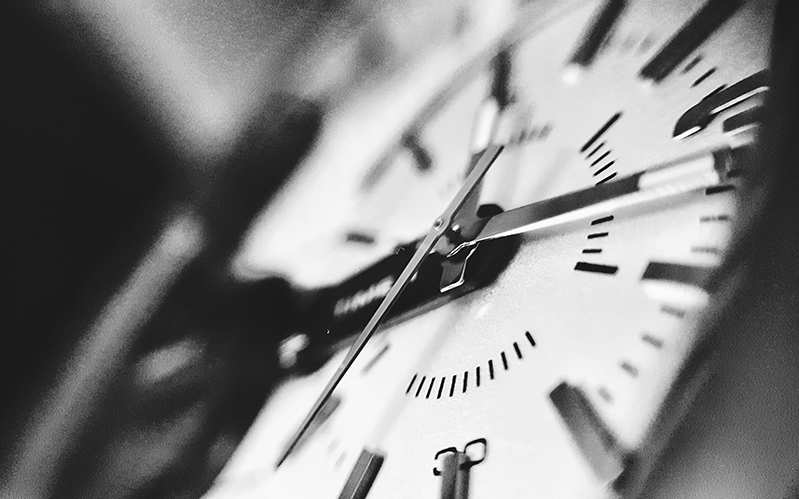